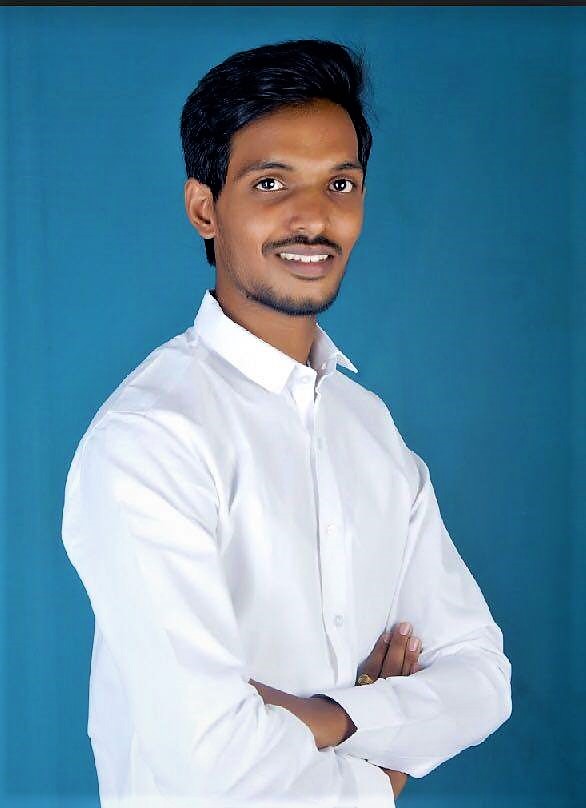 R. SAI PRANEETH REDDY is a native of India, also known as HINDUSTAN, but with his strong leadership, this young leader calls it YOUGHISTHAN because more than 50% of his population are young. He brilliantly shares with us the concept of democracy in India.

India’s greatest achievement has been holding free and fair elections whereas on the negative side there have been increasing curbs on freedom of expression and a decline in the autonomy of public institutions. We have falsified the pundits, but we still have much work ahead of us in the area of nation building.

He said Indian experience has been better with the loosening of linkages between caste and occupation and the link between family and marriage. “Women and Dalits are still discriminated and exploited but are less unfree now than at any time in the past 5,000 years

Within the domain of cultural freedom, “The sustenance of linguistic pluralism is perhaps independent India’s greatest achievement.”

However,India’s record in ensuring the freedom to worship a god or gods of your choice (or no god at all) has been mixed. “Muslims are freer to practice their faith in India than, for example, Muslims in China. But they suffer disproportionately in times of communal rioting. Even in times of peace they can be shunned or stigmatized,

Referring to the country’s economics, “In the 70 years, there has a decline in poverty and destitution, with Nehru, Indira and Modi, and all other PM’s in between have seen this as their central goal”.

However, on the negative side, there is also a trend of jobless growth and environment degradation within the country.

RESERVATIONS ARE THE BIGGEST PROBLEM IN INDIA

The Problem of Caste-based Reservation System in India

They say that time changes things, but you actually have to change them yourself ~ Andy Warhol

I often wondered how a handful of Europeans were able to rule a population thousand times their own for more than ninety years. Why the one of the world’s oldest civilization that survived all the oddities of time suffered under the British boot. We had culture, knowledge, talent, resources then why bondage, why chains? Lack of unity is just one excuse but perhaps Englishmen discovered another important fact about us overtime that we live with our problems, for us compromise was the more preferred solution rather than confrontation.

In these seventy years of independence, we have seen our problems passing from one generation to other. Corruption, terrorism and the list goes on but I would spare them to be discussed at some later point of time. Here, I would like to contemplate on an issue that has plagued us for centuries and has now taken a completely different form to aggravate our situation.

Reservation or Quota system in our country is a rarely seen example where the solution of a problem becomes a greater nuisance than the problem itself. It is only ironical that in the land of Lord Ram, who enthusiastically relished the half eaten berries of an untouchable devotee Shabri, the fault lines of cast ran deep into the society. Nevertheless, a solution of was provided by the architects of Indian Constitution in the form of Quota system, where a certain proportion of jobs and positions in all government institutions were to be given to the candidates from the underdeveloped segments of society under relaxed criteria.

Dr B.R. Ambedkar, the man behind the drafting of the constitution saw the reservation system as a temporary measure; he imagined that as time progresses Indians would be able to rise beyond their barriers of caste through education and knowledge. His vision became reality for the most part but what Dr Ambedkar didn’t foresee was the political selfishness and greed of the forthcoming generations of politicians. The Quota system that was supposed to be eliminated after few decades of independence was allowed to be extended over and over again, the most damaging part was the increment of these quotas from 7.5%-15% during the time of independence to almost 50% currently, in order to lure the voters in the caste based politics.

We Indians want best batsmen and bowlers in our cricket team, we want best doctors to treat us, best judges in our courts but we don’t want the most qualified men to run our country. How is that fair? You can argue that there are still some areas where people are struggling with their status in society to this present day and change comes slow in our lives but that is simply an excuse for running away from our social responsibilities. Cast struggle exists because we fail to educate our own compatriots; we fail to take the responsibility.

I always wondered the validity of reservation system; in no way it was coherent with the basic principles of democracy. I was desperately looking for a practical example to verify my viewpoints and I found it at the most unlikely of places. While studying at University of Alabama at Birmingham in the Birmingham city of Alabama, I came to know that it had a very important place in the American history because of the civil rights movement it had witnessed under the leadership of Dr. Martin Luther King.

Dr. King’s and his civil right movement was greatly influenced by the father of our nation Mahatma Gandhi. I have read and found that the hardships and racism that black Americans faced at the hands of their fellow countrymen were exactly similar to the plight of our lower caste brothers in India. These people were not allowed to study in school and colleges, public transportations and restaurants were segregated but there was one major difference. Dr. King never fought for any special privileges. He fought for the right of African Americans to be treated equally like any other American citizen. He wanted the Negro community to have equal chances and opportunities in every aspect of American society whether it’s education, jobs, public parks or simply a bus. A letter written by Dr. King titled “Letter from Birmingham Jail” was particularly inspiring to me. It can be found easily all across the web and I would recommend you to go through this document at least once.

The civil rights movement convinced me of the unjustifiability of the Reservation quota. It is one of the biggest hurdles in our progress; we have to end this practice before it cripples our dreams. I am utterly sure that if we allow most talented, hardworking, honest men to take up positions in our government it will not only serve in the benefit of the underdeveloped segments of our society but also to our nation as a whole.

With the hope that this article will instill some thought process about reservation in your mind, I would like to conclude by summarizing an incident from Mahabharata, where the spirit is asking questions from the righteous king Yudhishthira in exchange of reviving his dead brothers. When the spirit asks if a person’s birth or knowledge makes him great, the king replies that no person becomes great by his birth, caste or knowledge, it’s the character and deeds of a man that leads to his rise.